WASHINGTON, Dec. 7—The majority of commercial and industrial contractors are confident about sales growth, profits and staffing levels heading into 2018, according to the latest Associated Builders and Contractors (ABC) Construction Confidence Index (CCI). Despite rising construction labor and materials costs, 55 percent of contractors expect their profit margins to expand in the first half of 2018.

“There are many reasons for confidence among the nation’s construction firm leaders,” said ABC Chief Economist Anirban Basu. “American wealth has never been greater in absolute terms as the economy experiences faster wage growth, surging equity markets and rising home values. Consumer confidence is at a 17-year high, while unemployment is at a 17-year low.

“Despite the completion of approximately eight and a half years of economic recovery, both inflation and interest rates remain low,” said Basu. “The combination of elevated wealth and confidence with low borrowing costs drives spending and investment, which supports higher demand for construction services.”

All three diffusion indices in the survey remain above the threshold of 50, which signals ongoing optimism.

The following chart reflects the distribution of responses to ABC’s most recent surveys. 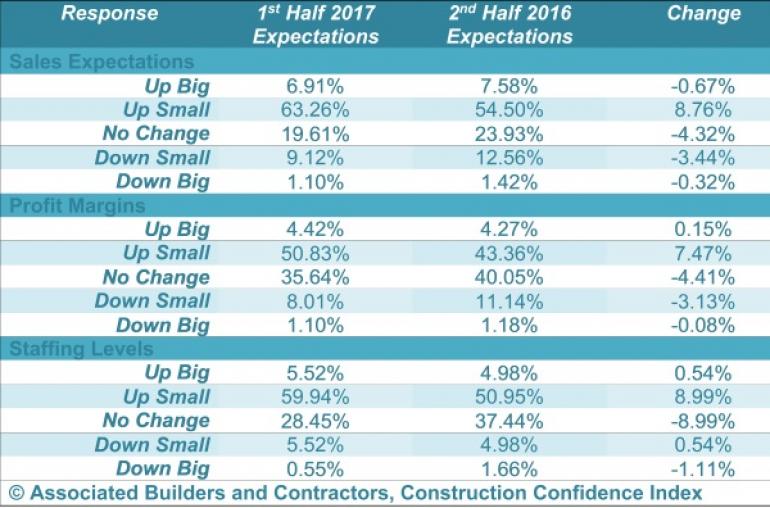