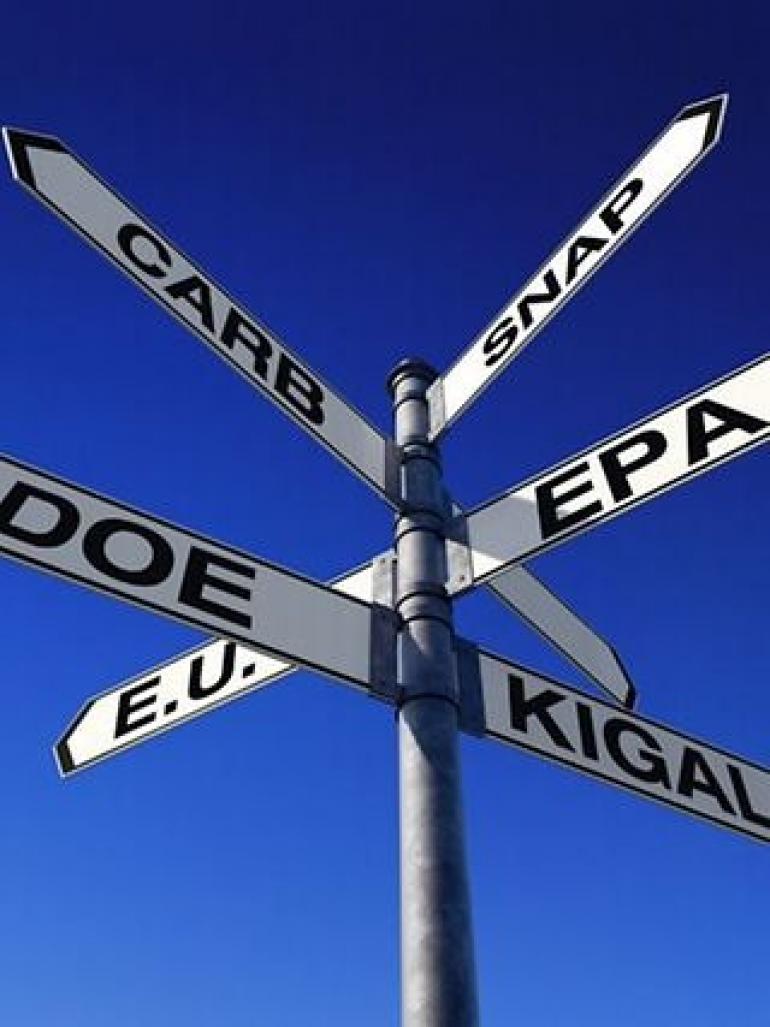 For those who are attempting to keep track of the regulations surrounding the use of certain refrigerants in commercial refrigeration, chances are they may find themselves more than a little confused—and with good reason. The story which began in 2015 with the introduction of groundbreaking regulations saw its fair share of plot twists in the latter half of 2017 and early 2018— developments that frankly caught most of the industry off guard. At the heart of the issue is the Environmental Protection Agency’s (EPA) Significant New Alternatives Policy (SNAP) Rule 20, which was introduced in 2015 to phase down and delist the use of hydrofluorocarbon (HFC) refrigerants, which contain a higher global warming potential (GWP) in certain commercial refrigeration applications. Since 2015, the industry has made significant progress across the board through product development initiatives targeted at meeting compliance challenges posed not only by SNAP, but also the energy-efficiency mandates from

Then, in August 2017, the U.S. Court of Appeals for the DC Circuit ruled to vacate EPA SNAP Rule 20. Responding to a challenge submitted by two HFC refrigerant manufacturers (Mexichem Fluor and Arkema), the court decided that the EPA had exceeded its authority to require the replacement of HFCs under the Clean Air Act, Section 612. Their decision was based on the reasoning that Section 612 was originally adopted to curb substances containing higher ozone depletion potential and was not specifically targeted to address the matter of greenhouse gases and their associated GWPs.1 Immediately, the court’s ruling elicited a wide range of responses from within the industry. Opponents of the decision— including leading alternative refrigerant manufacturers and third parties such as the Natural Resources Defense Council (NRDC)— soon filed petitions with the DC Circuit Court of Appeals for a rehearing en banc of the case. But in late January 2018, the court announced that it would deny the intervenor/respondents’ petitions for a rehearing.2 Prominent stakeholders such as Honeywell, Chemours and the NRDC have already vowed to file appeals with the United States Supreme Court.3 Most recently, a group of bipartisan senators introduced a bill called the American Innovation and Manufacturing Act; if it is passed, it would entitle the EPA to phase down HFCs used in refrigeration and air conditioning, in consultation with the industry.4 This bill would operate in accordance with the guidelines set forth by the 2015 Kigali Amendment to the Montreal Protocol, a global treaty among 197 nations meant to phase out harmful greenhouse gases and ozone-depleting substances. It is important to note that while the U.S. has not yet ratified the Kigali Amendment, the U.S. State Department issued a statement on Nov. 23, 2017, at the 30th anniversary of the Montreal Protocol that it had “initiated the process to consider ratification.” 5 Suffice to say that the DC Circuit Court of Appeals ruling to vacate Rule 20 as initially enacted does not necessarily signify the end of the EPA SNAP, nor does it represent the global and state legislative efforts yet underway to reduce greenhouse gases. Let us take a look at some of this activity, starting with the state of California.

While California is subject to the rules handed down by the U.S. government’s federal agencies, initiatives proposed by CARB continue to place the state into a class of its own. CARB has developed draft proposals that would not only preserve the federal framework set forth in EPA Rules 20 and 21, it would also call for more aggressive future phase-down measures in line with the E.U.’s fluorinated greenhouse gases (F-gases) efforts. Initially, CARB looks to preserve the federal framework in new retail food refrigeration, food dispensing equipment, air-conditioning chillers and refrigerated vending machines. The second CARB proposal calls for future rules on refrigerant use according to their GWP and refrigerant charge in specific applications. Under these guidelines, refrigerants with a GWP of 150 or greater would be prohibited in new stationary refrigeration systems containing 50 or more pounds of refrigerant beginning in 2021. While these proposals are scheduled to take effect in mid-2019, CARB is giving the industry opportunities to provide input and has not yet set a deadline for comments.

Canada was among the first countries to ratify the Kigali amendment to the Montreal Protocol, and its HFC phase-down guidelines are in step with its recommendations. Through an amendment to the Canadian Environmental Protection Act in Oct. 2017,7, the country proposed a significant HFC phase-down schedule spanning the next few decades. The ruling impacts several refrigeration categories, including stand-alone refrigeration, centralized refrigeration, and chillers.

Enacted in 2015, the E.U.’s regulation designed to control emissions from F-gases—including HFCs—is mandating the next step of its phase-down schedule in 2018. This significant step-change lowers the consumption quota from the previous 93% of the original baseline to 63%. The step is intended to further drive scarcity of HFCs in Europe, which will inevitably result in rising HFC prices, at least in the European market.

Factoring energy into the regulatory equation

Refrigerants are only one factor in the regulatory equation affecting HVACR industry; it is also dealing with energy mandates by the DOE. While these were introduced in 2014, they have evolved to present significant implications across three classes of equipment. Commercial Refrigeration Equipment (CRE). Since the enforcement date of March 2017, new CRE has been subject to 20-86% energy reductions, depending on the specific class of equipment. Compliance equations are factored according to the unit’s daily energy consumption (kWh/24-hour) and its total display area. Automatic Commercial Ice Makers (ACIM). As of this past January, new ACIMs must achieve 5-25% energy reductions, as measured in kWh/100 lb. of ice. Again, each equipment class has a specific equation to measure compliance, so OEMs must be certain of their particular class requirements. Walk-in Coolers and Freezers (WICF). WICF manufacturers are looking at a 2020 enforcement date to reduce energy consumption by 30-37%. These reductions are measured according to the AHRI-1250 annual walk-in efficiency factor (AWEF) standard. It is worth noting that while the original benchmark set for this standard has been reduced through persistent industry negotiations, it still represents a significant energy reduction target for WICF equipment.

One of the challenges with the EPA’s original ruling was that the timing of its HFC phase-down schedule was not necessarily in step with the DOE’s energy efficiency mandates. This placed a tremendous burden on equipment manufacturers who were potentially looking at separate design cycles to address each requirement individually. It also presented difficult decisions for end users who were trying to choose the most economical and sustainable path forward. Perhaps a silver lining of the most recent regulatory developments is a new opportunity for regulators to better align the EPA’s refrigerant guidelines with the DOE’s energy efficiency mandates. It is in the best interest of all parties to push for greater coordination and cooperation between the two efforts.

Dr. Rajan Rajendran is the vice president, systems innovation center and sustainability at Emerson. He is also the director of The Helix, Emerson’s research and innovation center located on the University of Dayton’s campus. He represents Emerson in its communications with various policy and industry organizations, such as the U.S. Environmental Protection Agency and the U.S. Department of Energy, among others.