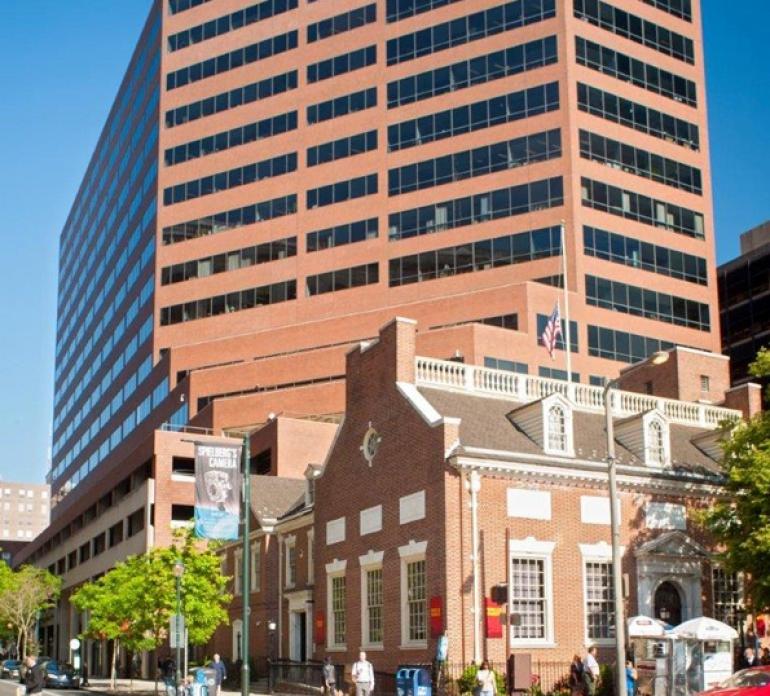 With a steady decline in energy performance of the original water-source-heat pump system and sharp increases in the cost of water, Seventh & Chestnut Associates and Waverly Management LLC looked for new options to reduce maintenance and water use.

According to Philadelphia-based Urban Engineers Inc., the four original 250-ton forced-draft, closed-circuit cooling towers were consuming significant amounts of water through evaporation. Even after several repairs and modifications, the boilers were unable to maintain loop temperatures for cold morning start-ups.

“The challenge was to not just replace the equipment, but improve performance while reducing energy consumption,” said David Parmiter, Urban Engineers Inc. “The owners wanted to know what kind of payback would be seen, so a comprehensive evaluation and ROI calculation was performed.”

After careful review of the building’s needs and keeping in mind the owners’ interests in a long-term solution, Parmiter recommended replacement of the forceddraft coolers with induced-draft closedcircuit coolers; controls to optimize operation of the entire mechanical system; and water treatment. The owners appreciated that one company, EVAPCO, could provide all three.

The four existing centrifugal fan units were replaced with just two EVAPCO eco-ATWB-E coolers. These innovative coolers now offered both evaporative and dry cooling simultaneously with three modes of operation (evaporative, dry and water-efficient) to improve water and energy savings. They would also provide the most tower capacity while staying within the size and weight limitations of the existing structure. Minor support modifications allowed the towers to be positioned with full-service platforms.

The new coolers would also reduce the total connected fan-motor horsepower from 160 to 60, a 60-percent reduction in energy for the fans alone. The savings were tied to EVAPCO’s spiral-finned-coil technology, coupled with EVAPCO’s Sage® control system, which was designed for such installations.

The owners chose to upgrade the coldwater basins and include EVAPCO’s factory-mounted Pulse-Pure® water-treatment system. This provided an environmentally responsible solution, eliminated the expense and drawbacks of chemicals and allowed higher cycles of concentration, further reducing water consumption.

Once the retrofit was complete and the energy and utility performance was tracked 30 months, the owners found the systems saved almost $25,000 a year in electrical costs alone. The average monthly reduction of the water bill was $1,155 during the cooling season bringing the savings to about $34,000 a year.