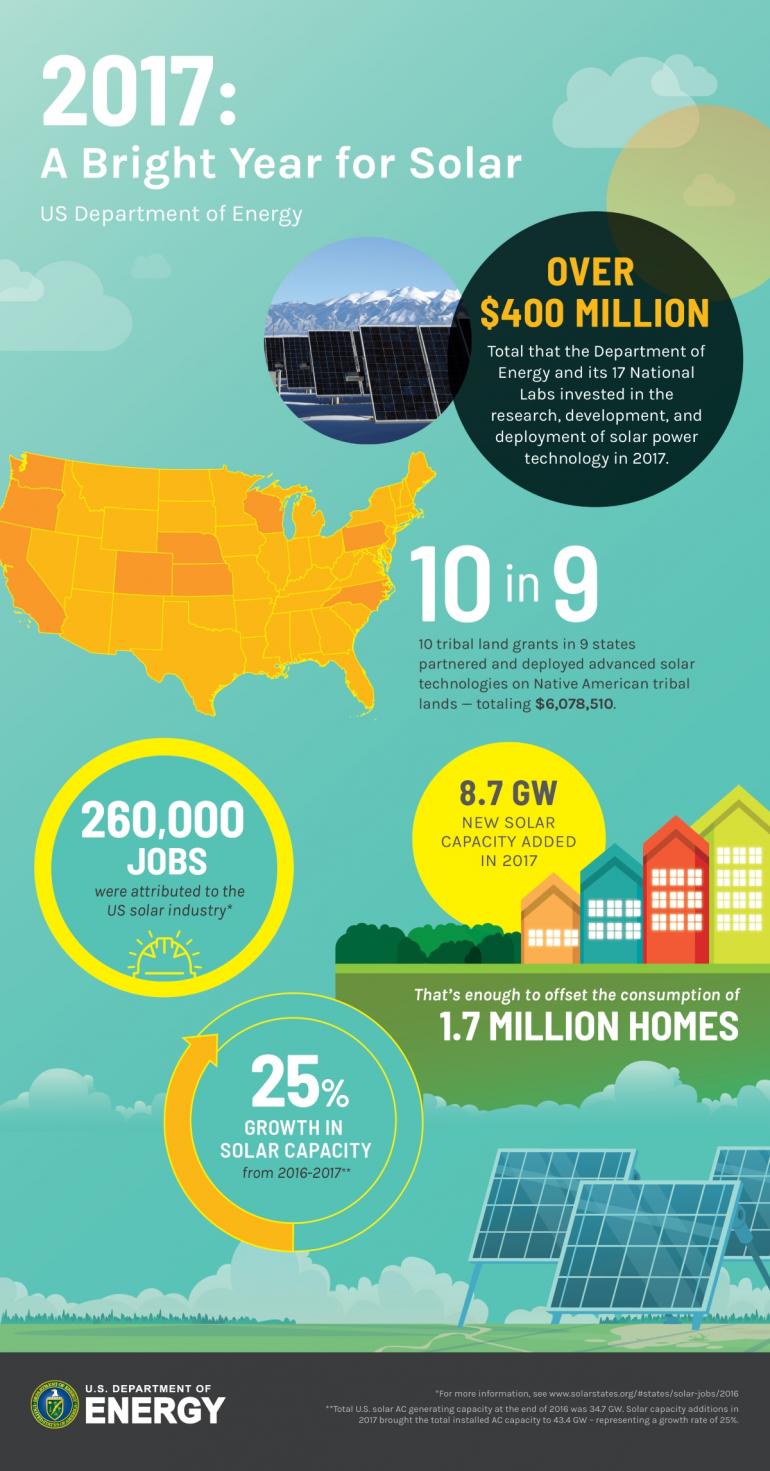 WASHINGTON, D.C. - Today, the U.S. Department of Energy (DOE) announced a $3 million prize competition to reenergize innovation in U.S. solar manufacturing. The American Made Solar Prize will incentivize the nation’s entrepreneurs to develop new processes and products that will reassert American leadership in the solar marketplace. This prize is in addition to total DOE funding of up to $400 million for solar projects and technologies in 2017. It will lower barriers American innovators face in reaching manufacturing scale by accelerating the cycles of learning, while helping to create partnerships that connect entrepreneurs to the private sector and the network of DOE’s national laboratories.

“The United States possesses the talent, expertise, and vision to surpass the rest of the world in solar technologies and forge a new solar energy landscape around the globe,” said U.S. Secretary of Energy Rick Perry. “The American Made Solar Prize will galvanize our country’s entrepreneurs, allow them to utilize technologies and innovations developed through DOE’s early-stage research and development, and, ultimately, bring new American-made products to market.”

This solar prize brings together America’s world-class research base with its unparalleled, entrepreneurial support system consisting of universities, energy incubators, and DOE’s 17 national laboratories to create a sweeping portfolio of innovations primed for private investment and commercial scale up. The prize will connect these diverse stakeholders in a process that opens the full panorama of next-generation solar technologies that are needed by private industry, as well as amplify opportunities for revolutionary innovations to be tested that could potentially obsolete the status quo.

This newly formed network will leverage cutting-edge technologies and facilities, such as small batch prototyping to speed cycles of innovation. Testing and development capabilities of DOE’s national labs will put the foremost research expertise and analytic tools at the fingertips of U.S. entrepreneurs, and deliver immediate insights that improve research prioritization. Finally, the program will catalyze early and ongoing connections with both corporate and venture capital sources, which is key to bringing the crucial investment and financial instruments needed in the later stages of commercial scaling.

This program is funded by DOE’s Solar Energy Technologies Office (SETO) and administered by the National Renewable Energy Laboratory. Learn more about SETO HERE. Learn more about the American Made Solar Prize HERE.