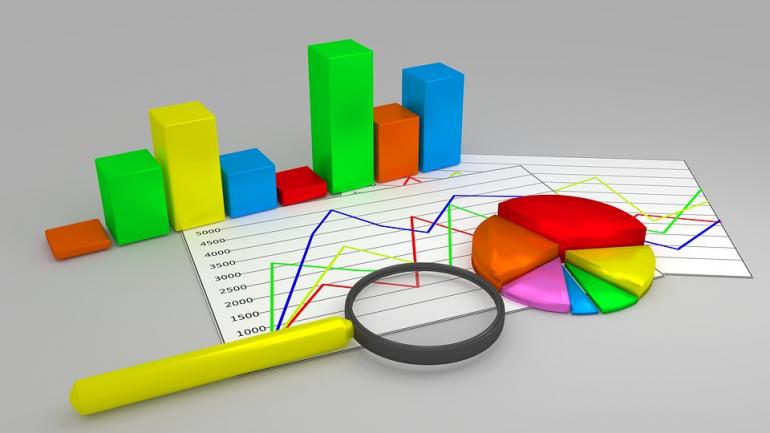 December trailing three month underlying orders were up 7 percent and the Company expects orders to trend in a range of 5 to 10 percent for the remainder of the year.

Earnings per share from continuing operations increased 9 percent to $0.61, including a $0.03 benefit from the lower enacted U.S. corporate tax rate under the Tax Cuts and Jobs Act (the "Tax Act").  Earnings per share were up 18 percent excluding the current year $0.03 tax rate benefit and a prior year income tax benefit of $0.07.  The first quarter results also included a provisional net tax benefit of $0.07 related to adoption of the Tax Act, which was offset by a ($0.03) charge for Valves & Controls first year acquisition accounting and a ($0.04) tax-related loss from the divestiture of the ClosetMaid business.

“We continued to execute our strategic repositioning plans across both business platforms and delivered a stronger first quarter than we had expected a few months ago,” said Chairman and Chief Executive Officer David N. Farr.  “Our growth in the quarter reflects broad-based momentum across our key end markets and regions, providing solid footing for our teams to deliver earnings and cash flow growth in 2018.  We now see a stronger year operationally for Emerson, and combined with the benefit of U.S. tax reform, we are raising our full-year GAAP EPS guidance to $3.05 to $3.15 and net sales growth to 11 to 13 percent, or 5 to 7 percent on an underlying basis.”

Farr added, "The positive impact of tax reform in the U.S. cannot be overstated.  The legislation levels the global playing field for U.S. companies and will drive our economy by encouraging capital investment and ultimately leading to growth of jobs and wages.  We expect increased capital formation to have a favorable impact on Emerson’s growth over the next few years as U.S. companies bring home cash and invest in U.S. manufacturing," he said.  "As we see it now, Emerson will increase capital spending rates as a percent of sales by approximately 0.5 percent over the next five years to approximately 3.5 percent, on average.  We continue to expect 50 to 60 percent of our operating cash flow will be returned to shareholders, who will benefit from higher dividend payouts and share repurchases as our cash flow increases.  We also continue to evaluate employee wage and benefit improvements to ensure that Emerson remains competitive in a growing U.S. economy, and we plan to implement these changes over the next few months.”

Business Platform Results
Automation Solutions net sales increased 31 percent in the quarter, with underlying sales up 9 percent excluding favorable currency of 3 percent and an impact from acquisitions of 19 percent.  Growth continued to be driven by strong MRO demand and small and mid-sized projects focused on expansion and optimization of existing facilities.  North American underlying sales were up 14 percent driven by continued favorable trends in energy, life sciences and chemical markets and investment in Western Canada.  Asia underlying sales were up 13 percent with China up 22 percent supported by continued strong demand in process and discrete markets.  Latin America was up 6 percent reflecting investments in Mexico, Argentina and Chile.  Europe was down 1 percent and Middle East/Africa was down 7 percent.  Margin decreased 160 basis points to 15.0 percent compared with the prior year.  Excluding the dilutive impact of the Valves & Controls acquisition, margin increased 120 basis points to 17.8 percent, driven by leverage on higher sales and restructuring benefits.

Commercial & Residential Solutions first quarter net sales were flat and underlying sales increased 5 percent excluding favorable currency of 2 percent and an impact from divestitures of 7 percent.  Underlying sales in North America were up 1 percent as steady demand for professional tools in oil and gas and construction-related markets was offset by difficult prior year comparisons in residential air conditioning markets.  Asia grew 17 percent, driven by continued favorable refrigeration and air conditioning demand in China and elsewhere in the region.  Europe and Latin America were up 1 percent and Middle East/Africa was up 4 percent.  Margin increased 20 basis points to 20.1 percent compared with the prior year.

2018 Outlook
We are increasing our full-year sales and earnings per share guidance based on stronger operational performance, increased share repurchases and the favorable impact of the Tax Act.

Upcoming Investor Events
Today, beginning at 2:00 p.m. Eastern Time, Emerson management will discuss the first quarter results during an investor conference call.  Access to a live webcast of the discussion will be available at www.emerson.com/financial at the time of the call.  A replay of the conference call will remain available for 90 days.

On Thursday, February 15, 2018, Emerson will host its annual investor conference in New York, NY.  The conference will begin Thursday morning with Company presentations from 8:30 a.m. ET to approximately 1:00 p.m. ET.  Access to a live webcast of the presentations will be available at www.emerson.com/financial at the time of the event.  A replay of the conference will remain available for approximately three months.

Forward-Looking and Cautionary Statements
Given the complexities associated with the Tax Act, the ultimate effects on repatriation cost and other tax items may differ materially from the provisional amounts presented herein due to additional regulatory guidance that may be issued and further evaluation of the Company’s actions, assumptions and interpretations.

Statements in this press release that are not strictly historical may be “forward-looking” statements, which involve risks and uncertainties, and Emerson undertakes no obligation to update any such statements to reflect later developments.  These risks and uncertainties include economic and currency conditions, market demand, pricing, protection of intellectual property, and competitive and technological factors, among others, as set forth in the Company's most recent Annual Report on Form 10-K and subsequent reports filed with the SEC, as well as the impact of the Tax Act as described above.