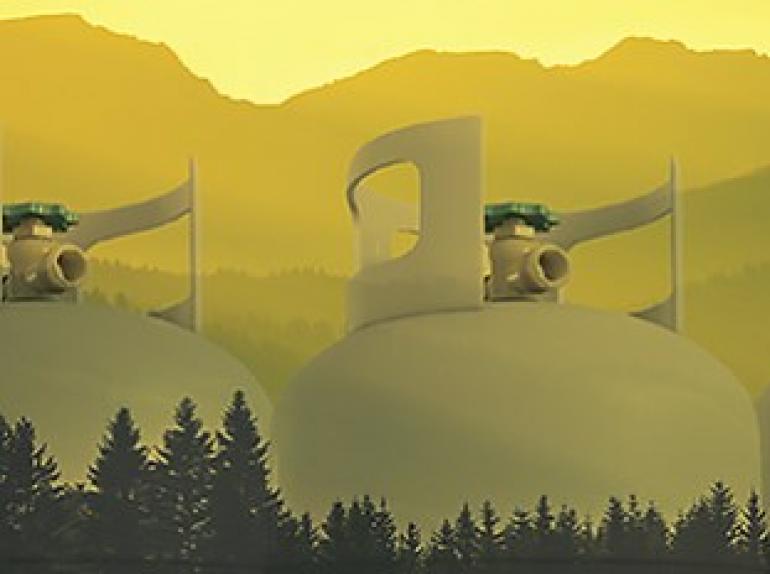 The debate about which natural refrigerant delivers the greatest energy efficiencies was addressed in a recent European food retail study. See the full results in an article by Accelerate Europe (pgs. 68-72).

For more than a decade, European food retailers have been among the first adopters of natural refrigerants, particularly CO2 and the hydrocarbon propane (R-290). As refrigeration typically accounts for 35–50 percent of a supermarket’s total energy use, retailers have long sought energy-efficient refrigeration strategies. Recently, Emerson conducted a research project, in conjunction with German research institute ILK Dresden, to compare the relative energy efficiencies of CO2 and R-290 systems used in European discount food retail stores.

Our study took place from 2015–2016 and focused on the most common size profile for European supermarkets, which typically house an average of 10 display cases and cover an area of approximately 1,000 m2 (11,000 square feet). The analysis compared integral R-290 systems — medium -temp self-contained display cases on a shared condensing water loop that transfers heat outside a store — to CO2 transcritical remote rack setups.

The study found that those opting for integral R-290 systems could potentially achieve up to €51,000 savings per store on maintenance, energy consumption and refurbishment. Extrapolating this across a network of 10,000 stores over a 10-year period, a retailer could potentially realize a total savings of up to €510,000,000, the U.S. equivalent of $590,000,000.

*Results based on study conducted by Emerson and ILK Dresden. Results may vary depending on location and application.

Notably, the integral units used in this study were charged with 700 grams of R-290, which required operators of the retail outlets featured in this study to gain the necessary approval of authorities having jurisdiction prior to the installation of these R-290 systems.

The evolution of natural refrigerant technologies

The study also points to the ongoing evolution of natural refrigerant technologies and highlights the differences between CO2 and hydrocarbon refrigeration strategies. Ten years ago, when European supermarket retailers were among the first to transition away from hydrofluorocarbons (HFCs) and adopt natural refrigerants, the prevailing technology was CO2 remote racks. Today, it’s estimated that more than 14,000 European supermarkets utilize CO2 transcritical systems as their primary refrigeration architectures. At the time many of these decisions were made, integral R-290 condensing water-loop systems did not exist.

But as self-contained, plug-and-play, R-290 display cases have since been introduced to complement CO2 technology and provide merchandising flexibility, it’s estimated that nearly 700,000 R-290 units are in service in Europe. The number of stores that have since converted to R-290 integral systems with water-cooled loops is much smaller, estimated at 500 (but growing).

Heat reclamation is often listed as another advantage of CO2 systems, but it’s important to point out that this variable was not factored into our study. Many European retailers are using heat reclaimed from a CO2 rack system to not only provide store heating and hot water, but for auxiliary purposes such as warming rooftop greenhouses to support “urban farms.” Research conducted elsewhere states that heat recovery can potentially increase the total coefficient of performance (COP) of a CO2 transcritical system by 20 percent.

Now that integral R-290 systems with water-loop condensing are commercially available, it will be interesting to see how many retailers will opt for this emerging energy-efficient technology. What is clear is that the number of natural refrigerant and low global warming potential (GWP) refrigeration options continues to rise.