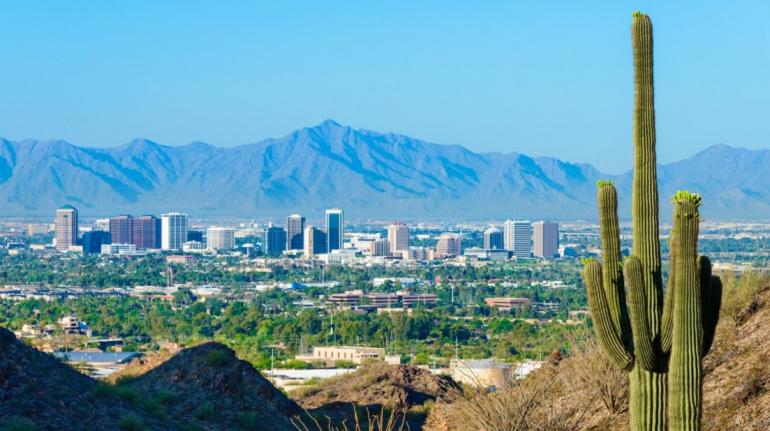 PITTSBURGH (December 6, 2017) — Arizona-based Salt River Project (SRP), one of the nation’s largest public power utilities, has selected Emerson to modernize the controls of multiple hydropower units and its central service center. SRP provides electricity to 1 million customers in the metropolitan Phoenix area and is also one of the largest raw-water suppliers in Arizona, delivering approximately 800,000 acre-feet of irrigation water annually. To help the utility boost the reliability and availability of its hydro generation fleet, Emerson will replace existing PLC-based controls with a common Ovation™ automation platform.

The SRP hydro fleet comprises eight units at four sites – Roosevelt Dam, Stewart Mountain, Mormon Flat and Horse Mesa – that are controlled by SRP’s Grid Operations in Scottsdale, Arizona. There are several problems with the existing PLC-based controls: expansion is not feasible, documentation is poor; and, diagnostics for troubleshooting are insufficient. SRP personnel often travel to the remote hydro sites, some 50 miles away in the mountains northeast of Phoenix, to diagnose problems with PLC control logic – a difficult, tedious and time-consuming task. Emerson’s comprehensive automation solution will eliminate these issues.

“The Roosevelt Dam, which went into operation in 1911, is an important part of the history of Phoenix, providing this rural area with the water and power it needed to grow,” said Larry Wilson, director, hydro generation, SRP. “Today, this site remains core to our portfolio and modernizing our control technology there and at our other hydro sites is vital to ensuring that we can continue to efficiently provide our customers with water and low-carbon electricity.”

“It is not unusual for hydro units to have long lifecycles that span more than 100 years,” said Bob Yeager, president, Power & Water, Emerson Automation Solutions. “Updating controls is imperative to optimizing the operation of these units … enhancing their ability to dispatch power, extending their life and improving overall reliability and availability.”

Unlike the existing PLC-based controls, Ovation technology is self-documenting – changes to logic are automatically updated in the control sheets. Emerson will also provide a simulator for operator training and EDS™, an enterprise-wide historian that will allow SRP to view data, monitor system processes and diagnose problems at remote sites from anywhere.With cybersecurity an important consideration, SRP will also take advantage of Emerson’s Power and Water Cybersecurity Suite, which will help them meet North American Electric Reliability Corporation Critical Infrastructure Protection (NERC CIP) requirements by streamlining management of critical security functions such as security information and event management, malware prevention and detection, patch deployment and audit, threat identification, and data back-up and recovery.

Emerson is serving as the Engineering, Procurement and Construction (EPC) contractor for this project, responsible for engineering and design, installation, loop checking, commissioning and startup. During the first phase of the project, expected to be complete in the spring of 2018, Emerson will replace controls at Roosevelt Dam, Stewart Mountain and the East Valley Service Center. In phase two, controls at the Mormon Flat and Horse Mesa sites will be upgraded.