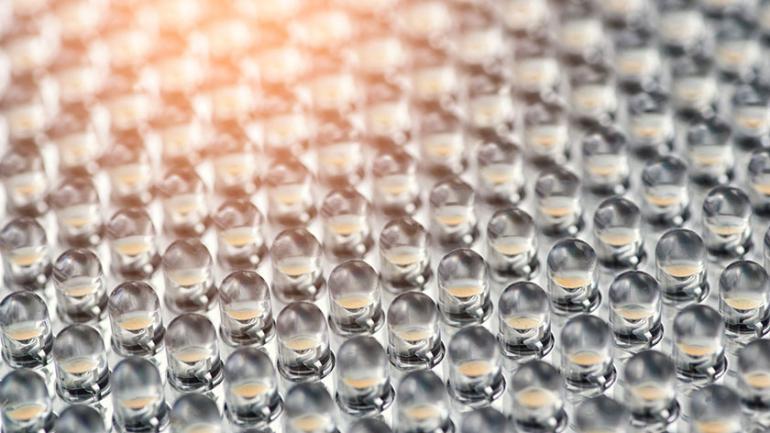 More than ever before, energy efficiency is central to the achievement of a range of policy goals, including energy security, economic growth and environmental sustainability. Strong efficiency gains, despite the recent fall in energy prices, have had a significant impact on global energy demand, reducing consumers’ energy bills, holding back emissions growth and making energy systems more secure. However, global progress has become dependent on yesterday’s policies, with the implementation of new policies slowing. If the world is to transition to a clean energy future, a pipeline of new efficiency policies needs to be coming into force. Instead, the current low rate of implementation risks a backward step.

The energy intensity of the global economy continues to fall

Global energy intensity – measured as the amount of primary energy demand needed to produce one unit of gross domestic product (GDP) – fell by 1.8% in 2016. Since 2010, intensity has declined at an average rate of 2.1% per year, which is a significant increase from the average rate of 1.3% between 1970 and 2010. 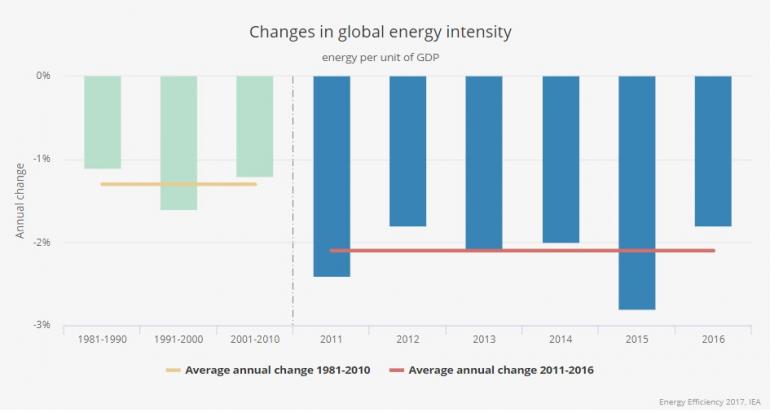 The improvement in intensity varies widely across countries and regions. In China, intensity fell significantly faster, reflecting the ongoing effects of efficiency policies. Without China, global energy intensity would have improved by only 1.1% in 2016.

The improvement in energy intensity is the main reason why global energy-related greenhouse gas emissions have levelled off since 2014. Lower energy intensity was responsible for offsetting three-quarters of the increase in emissions due to GDP growth, with the shift to renewables and other low-emission fuels offsetting the other quarter. 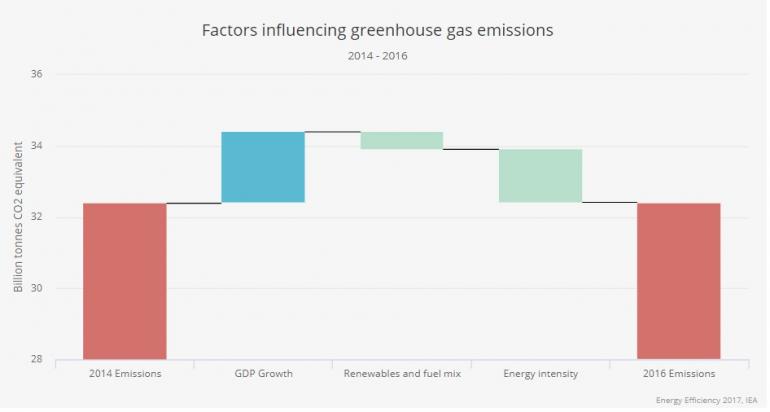 The decline in global energy intensity means that the world is able to produce more GDP for each unit of energy consumed – an energy productivity bonus. Measured as the difference between actual GDP and the hypothetical GDP that would have been generated had energy intensity stayed at the previous year’s level, this bonus was $2.2 trillion in 2016 – equal to twice the size of the Australian economy.

Energy efficiency is helping to reshape the entire energy system

In 2016, the world would have used 12% more energy had it not been for energy efficiency improvements since 2000 – equivalent to adding another European Union in the global energy market.

Among IEA member countries, efficiency improvements led to a peak in total energy use in 2007, and a subsequent fall to levels not seen since the 1990s.

Efficiency improvements since 2000 avoided $50 billion in additional spending on energy imports in IEA member countries in 2016. In Japan, for example, oil imports would have been 20% higher in 2016 and gas imports 23% higher had those efficiency gains not occurred.

The impact of efficiency on gas imports has been particularly pronounced in Europe. In Germany and the United Kingdom, Europe’s largest gas markets, energy efficiency improvements since 2000 resulted in gas savings in 2015 equivalent to 30% of Europe’s total imports from Russia.

Efficiency has also improved short-term energy security by reducing peak daily gas demand. Without energy efficiency improvements over the same period, the United Kingdom and France would have needed access to an additional 240 million cubic metres of daily gas supply during periods of peak demand.

Energy efficiency gains since 2000 helped households in several major economies avoid nearly $300 billion in additional spending on energy in 2016. For example, in Germany, France and the United Kingdom, household energy bills in 2016 were on average over $400 per capita lower than they would have been had energy efficiency not improved as it did since 2000.

Savings are also being made in large emerging economies, where demand for energy services is growing. For example, on average Chinese households would have spent 25% more on energy in 2016 if not for efficiency. 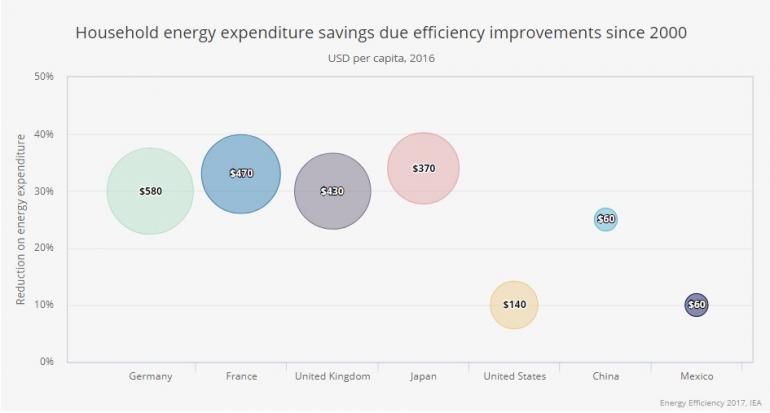 The share of world final energy use covered by policies that mandate energy efficiency improvements grew to nearly 32% in 2016 – an increase of 1.4 percentage points on 2015, but still leaving 68% of global energy use uncovered.

In stark contrast with previous years, nearly all the 2016 increase in coverage was due to the continuing impact of existing policies, as old energy-using equipment was replaced. Just 1% of the increase was due to new policies, an historic low. 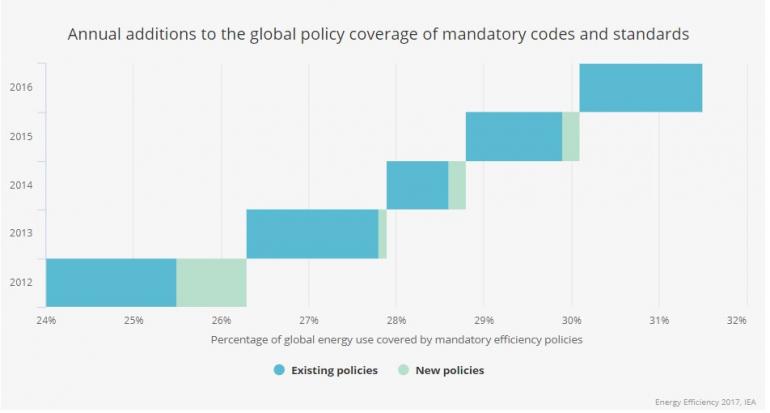 This is the slowest policy progress since 2009. The IEA Efficiency Policy Progress Index (EPPI), which measures changes in the coverage and strength of mandatory energy efficiency policies since 2000, increased by half a point to 6.3 globally in 2016, compared with average increases of around 0.75 since 2010.

The slowdown in the EPPI was largely due to fewer new policies coming into force, a trend that continued in the first half of 2017. China, with an EPPI of 10.9 in 2016, has been the global leader in implementing mandatory efficiency policies in recent years, accounting for 70% of the increase between 2000 and 2016, mainly due to policies in the industrial sector. 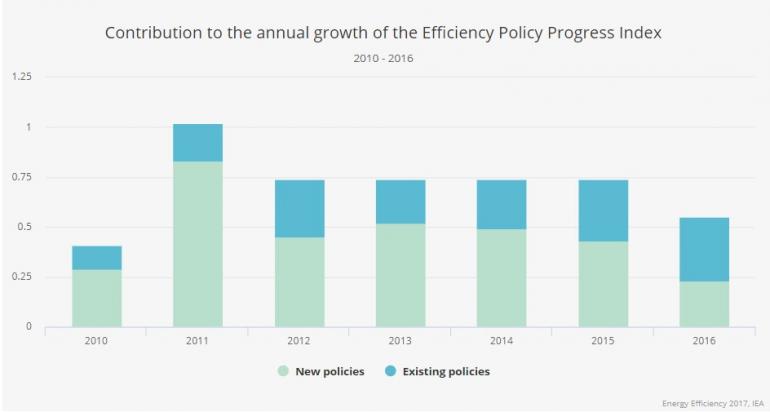 Stronger policy development and implementation is essential if the current level of efficiency gains is to be maintained or accelerated.If stated policy ambitions are to be met, governments must recognise the importance of developing and putting into force new and more ambitious policies. 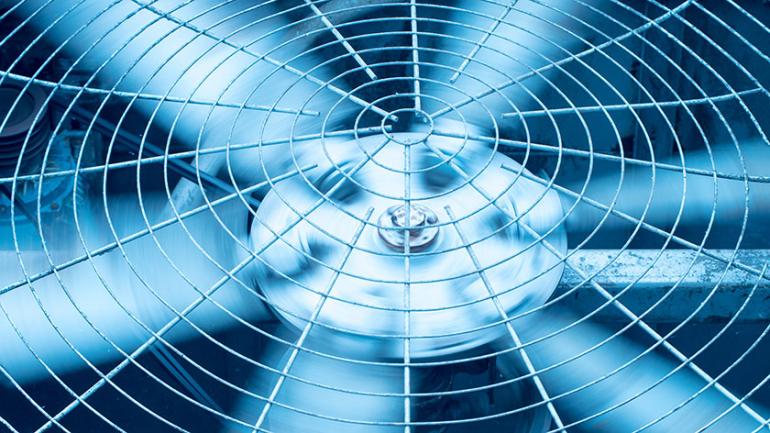 Industry energy efficiency has improved, with use of energy management systems increasing

Energy use per unit of economic output in the industrial sector fell by nearly 20% between 2000 and 2016. The magnitude of the declines is similar both in IEA member countries and major emerging economies.

In some energy-intensive industries, such as aluminium smelting and cement manufacturing, average efficiency has improved sharply as a result of rapid expansion in production capacity, especially in emerging economies, since new facilities tend to be much more efficient than old ones.

The application of energy management systems, which provide a structure to monitor energy consumption and identify opportunities to improve efficiency, is growing, driven by policy and financial incentives. The number of certifications for ISO 50001 – a global standard for energy management developed by the International Organization for Standardization in 2011 – grew to nearly 12 000 in 2015, 85% of which were in Europe.

The energy efficiency of buildings has improved, but far more is possible

Energy efficiency in buildings continues to improve, thanks to policy action and technological advances. Policies have focused primarily on the building envelope, rather than heating and cooling equipment. There is considerable potential to achieve further energy savings by establishing standards.

Efficiency improvements of 10% to 20% are possible in most countries from appliances, equipment and lighting products that are already commercially available. There is strong global momentum towards more efficient lighting; by 2022, 90% of indoor lighting worldwide is expected to be provided by compact fluorescent lamps (CFLs) and light-emitting diodes (LEDs).

Fuel efficiency standards for trucks, which represent 43% of total oil consumption for road transport, have come on the radar for policy makers. In 2016, only 16% of the energy use for trucks worldwide was covered by mandatory efficiency policies.

Fuel economy standards in Canada, China, Japan and the United States are leading the way. The European Union, India, Korea and Mexico are expected to extend and introduce standards in coming years. 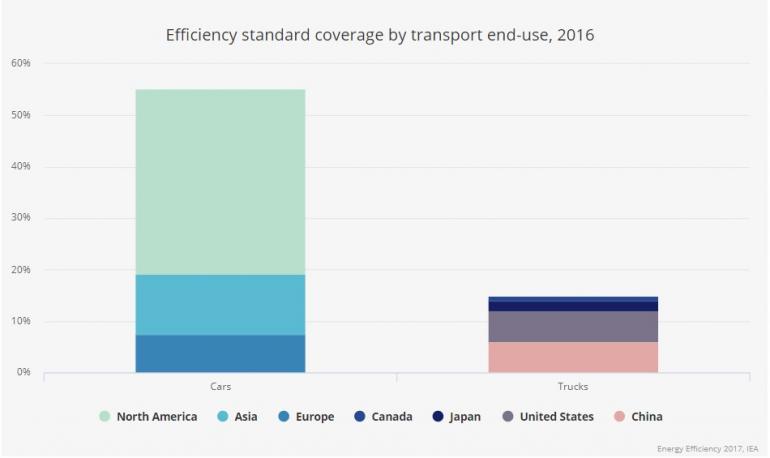 Worldwide sales of electric vehicles, which are much more efficient than internal combustion engine vehicles, grew by 40% in 2016 due to an expansion in production capacity, a bigger range of models and improved vehicle performance. However, lower gasoline prices led to increased sales of less efficient large passenger vehicles, especially sports utility vehicles, which is dampening the global rate of improvement in passenger vehicle fuel-efficiency.

The future of energy efficiency

The global energy efficiency market continued to expand in 2016

Global investment in energy efficiency continued to grow in 2016, increasing by 9% to $231 billion. The rate of growth was strongest in China at 24%, though Europe is still responsible for the largest share of global investment.

Among end-use sectors, buildings still dominate energy efficiency investment, accounting for 58% of the world total in 2016, with most investment in that sector going to building envelopes, appliances and lighting. 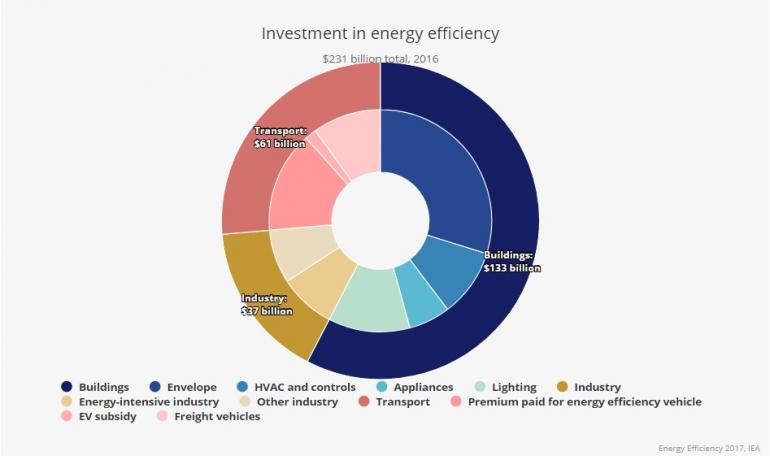 The global energy service company (ESCO) market expanded by 12% to $26.8 billion in 2016. China has by far the largest market, making up over 60% of global revenues, thanks to strong government incentives. The United States (20%) and Europe (10%) are the other two major ESCO markets. Over 1 million people are now employed by ESCOs around the world.

In addition, energy efficiency has become a tradeable commodity in several countries. In 2016, changes in policy drove up the market value of energy savings substantially in France and Italy, the world’s two biggest markets where savings, in the form of white certificates, are traded between energy providers that face obligations to achieve specified amounts of savings. Digital technology is expected to enhance the ability for energy efficiency to participate in electricity markets.

The deployment of connected devices is growing, which will impact energy efficiency

The number of household connected devices in use is growing rapidly.

These devices, which can be connected to networks and other devices, provide new opportunities for energy savings through more accurate control of consumption. By the end of 2016, half a billion smart meters, which track and display electricity use in real time, had been or were contracted to be installed. Among other benefits, smart meters can complement connected devices, allowing consumers to adjust energy use in response to changes in energy price. 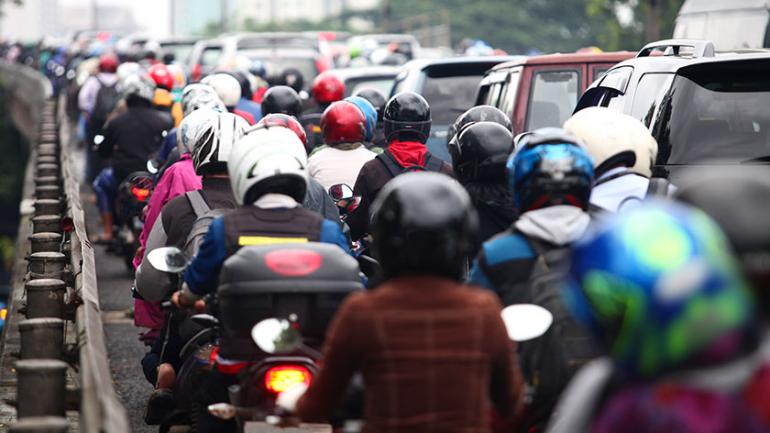 There is great potential to boost energy efficiency in Indonesia

Indonesia — the subject of a special focus in Energy Efficiency 2017 — is the largest energy consumer in Southeast Asia and economic growth is expected to continue to drive up Indonesia’s energy needs. Efficiency will be essential to avoid unnecessary energy use and expenditure and emissions.

Implementing and enforcing current energy efficiency policies is expected to reduce energy use by 2% by 2025. Enhancing existing policies and implementing all planned policies could further reduce energy use by 4.5% compared with a scenario with no policy change. Without such action, an additional 4.1 GW of electricity generation capacity would be needed each year to 2025. Beyond such action, there remains considerable scope for even bigger savings from energy efficiency.

Improving the energy efficiency of lighting and space cooling.

Switching to CFLs with the help of government programmes over the past decadesavedIndonesian consumers $3.3 billion on their electricity bills in 2016 and LEDs are now taking a growing market share. If the current rate of LED adoption continues, Indonesian consumers could save nearly $560 million per year by 2030.

Demand for space cooling is likely to double between 2016 and 2020. A performance standard was introduced in 2016, but at its current levels this is not having a substantial effect on the market. Accelerating progress to keep pace with shared targets within Southeast Asia could save Indonesian consumers nearly $690 million per year by 2030. 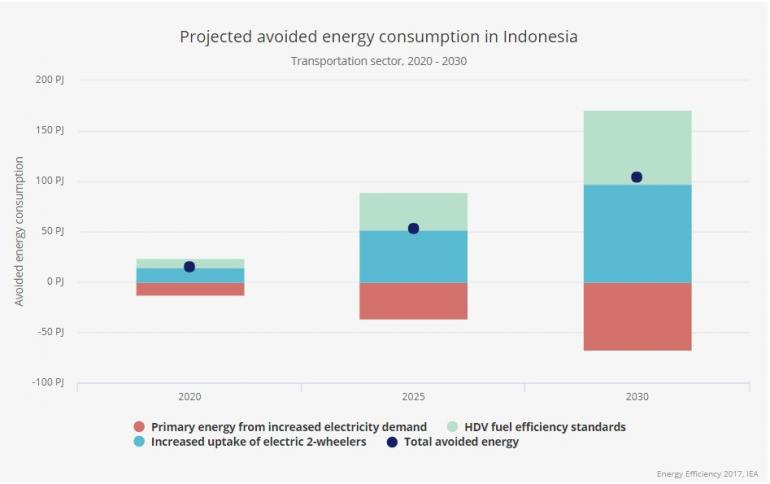 Motorcycles are the leading form of passenger transport in Indonesia. If the penetration of electric two-wheelers was boosted to match the current level in China, Indonesia would avoid $800 million in oil imports in 2030 compared with current projections.

Meanwhile trucks account for 40% of Indonesia’s total road transport energy use. If fuel efficiency standards that improved efficiency at the same rate as in China were introduced, $630 million in oil imports could be avoided in 2030 alone. Combined, these two measures would reduce energy use in 2030 by over 75,000 barrels of oil per day, equivalent to 13% of Indonesia's current net oil imports.