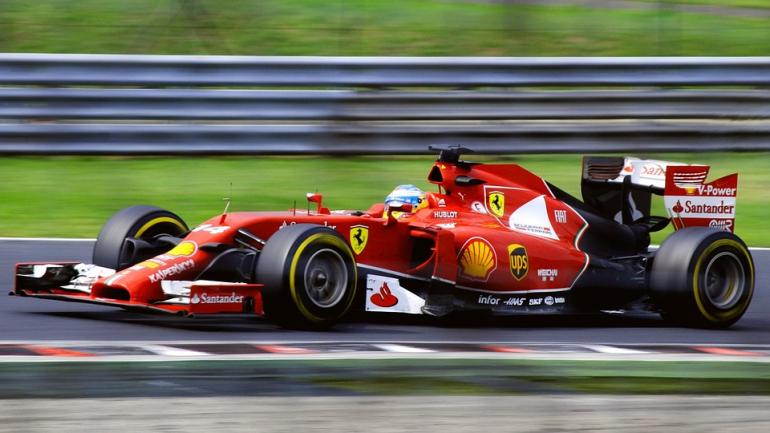 ROLLE, Switzerland, Aug. 25, 2017 /PRNewswire/ -- Honeywell (NYSE: HON) has partnered with Scuderia Ferrari in an ambitious project to develop advanced turbocharging systems in Formula 1 racing as the famed team seeks the 2017 World Constructors' Championship. Scuderia Ferrari has recorded four wins and 12 podium finishes through the first half of the season.

Honeywell, a global leader and innovator in turbocharging and Connected Vehicle technology, has worked with the team since the series changed its rules for the 2014 season to include smaller 1.6L V6 turbocharged engines as part of an overall power unit designed with the latest in energy recovery technology.

"The partnership we have forged with Scuderia Ferrari in recent years is based upon continuous improvement and a constant push for ever-increasing power density and engine efficiency," said Honeywell Transportation Systems Chief Technology Officer Craig Balis. "Our motorsport efforts allow us the opportunity to work in uncharted areas that are well above anything that has been certified for production vehicles. By pushing the known limits in turbocharging technologies, we strengthen our ability to continue to bring the world's leading turbochargers to market."

Turbochargers developed for Formula 1 typically achieve rotational speeds that are 20 to 35 percent faster than similarly sized turbochargers used in passenger vehicles. The wear and tear an engine and turbocharger experience during a typical Formula 1 race is estimated to be more than an average passenger car would see in 20,000 miles of regular road driving.

Honeywell has helped Scuderia Ferrari develop a turbocharger that weighs nearly one-sixth of a typical production turbo of the same size and produces the equivalent power of a production Honeywell turbocharged 16L commercial vehicle engine.