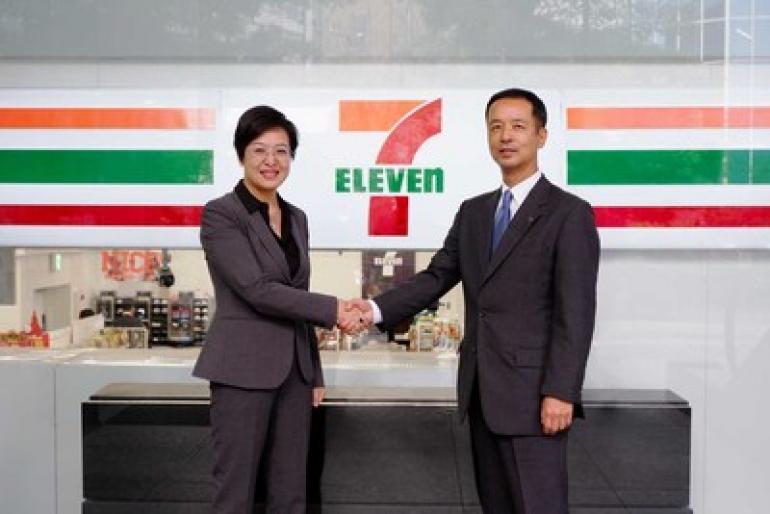 TOKYO, Honeywell announced that Seven-Eleven will be Japan's first leading retail chain to adopt its next-generation Solstice® N40 (R-448A) refrigerant as a lower global-warming-potential (GWP) alternative to the older R-404A refrigerant, which has an impact on global warming that is more than 3,900 times that of carbon dioxide.

Seven-Eleven is adopting Solstice N40, which offers a 65 percent reduction in global warming potential compared with R-404A, to comply with strict GWP reduction targets set for the Japanese food retail industry. Seven-Eleven has begun installing the environmentally preferable Honeywell refrigerant in condensing units (manufactured by Hitachi-Johnson Controls Air Conditioning and distributed by Hitachi Appliances) at all new and renovating stores across the country.

Solstice N40 is a class A1 (nonflammable) refrigerant by ASHRAE 34 and is classified as Inert Gas in Japan. With GWP of 1387 (IPCC, AR4) that is 65 percent lower than R-404A, it is also non-ozone-depleting and available for retrofits. Additionally, Solstice N40 is designed as a near drop-in alternative to R-404A, requiring only minimal system adjustments.

"Solstice N40 is the lowest GWP alternative available for both new installation and retrofit projects in the Japanese commercial refrigeration market and has already been adopted at more than 13,000 retail stores worldwide," said Anna An, vice president and general manager of Honeywell Advanced Materials, Asia Pacific. "With Honeywell's Solstice N40 in Hitachi's condensing units, we are helping Japanese retailers achieve environmental and operational benefits."

The new requirement to use substances with 1,500 GWP or less by the year 2025 is dictated in the Act on Rational Use and Proper Management of Fluorocarbons*, revised in 2015. This is in addition to the Hydrochlorofluorocarbons (HCFCs) phaseout by 2020 set by the Ozone Layer Protection Act.

A whole subsidiary of Seven & i Holdings Co., Ltd., Seven-Eleven Japan Co., Ltd. operates 20,596 Seven-Eleven convenience stores in Japan (as of the end of August 2018). A member of the United Nations Global Compact, Seven & i Holdings proactively practices Sustainable Development Goals, including taking "urgent action to combat climate change and its impacts," throughout its businesses.