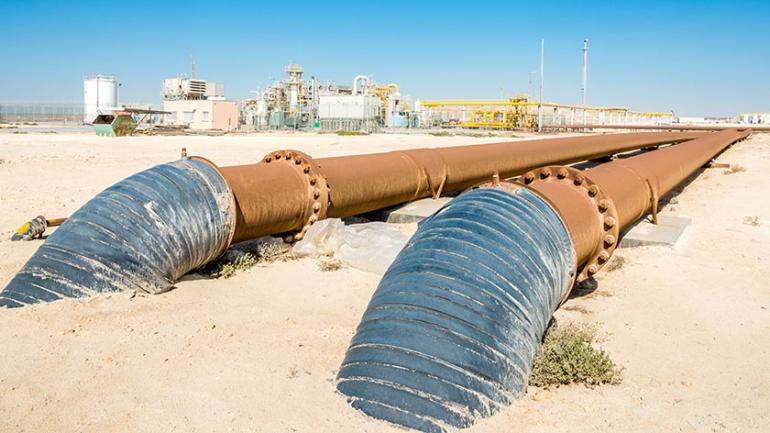 The events in Saudi Arabia have added extra momentum to the rally that has driven oil prices from lows of $45/bbl (Brent) in late June to around $63/bbl recently. To date, we have not seen any impact on the Saudi energy sector. However, we have seen real interruptions in Iraq where shipments from the north fell by an estimated 170 kb/d in October, as well as lower production in Algeria, Nigeria and Venezuela. In recent weeks, we also saw lower-than-expected production in the US, Mexico and the North Sea. These supply disruptions, geopolitical concerns, a growing expectation that the OPEC/non-OPEC output accord will be extended through 2018 at the end of the month, and with demand growth still robust, largely explain firmer prices.

Does it mean the market has found a “new normal” where the accepted floor might have moved from $50/bbl to $60/bbl? This might be a tempting view, assuming supply disturbances will continue and tensions in the Middle East will not ease. However, if these problems do prove to be temporary, a fresh look at the fundamentals confirms the view we expressed last month that the market balance in 2018 does not look as tight as some would like, and there is not in fact a “new normal”.

This month’s Report backs this up. We have reduced our demand numbers by 50 kb/d for 2017 and by 190 kb/d for 2018. The 2017 revision is not very large, although it includes a more significant downward revision in 4Q17 of 311 kb/d. This is partly because of northern hemisphere heating degree day numbers for the early winter season, revised demand data for some Middle East countries e.g. Iraq and Egypt, and modest changes elsewhere. We have also taken general account of prices rising, in broad terms, by about 20% since early September. For 2018, our demand outlook has been adjusted to reflect a lower estimate for heating degree days in the early months plus some impact from higher prices.

For the overall market balance, our changes to demand growth, which remains robust, and supply largely cancel each other out. Using a scenario whereby current levels of OPEC production are maintained, the oil market faces a difficult challenge in 1Q18 with supply expected to exceed demand by 0.6 mb/d followed by another, smaller, surplus of 0.2 mb/d in 2Q18. The reality is that even after some modest reductions to growth, non-OPEC production will follow this year’s 0.7 mb/d growth with 1.4 mb/d of additional production in 2018 and next year’s demand growth will struggle to match this. This is why, absent any geopolitical premium, we may not have seen a “new normal” for oil prices.

Alongside this Report, the IEA is also releasing its World Energy Outlook 2017, whose horizon extends well beyond the five-year horizon contained in our Oil Report 2017, and which examines multiple potential long-term pathways for oil. Each of these scenarios responds to different assumptions about future policies and technologies. One is the “Low Oil Price Case” that examines what it might take to keep prices in a $50/bbl to $70/bbl range all the way through to 2040. The main conditions are: a high resource assumption for US tight oil; widespread up-take of digital and other technologies that help keep a lid on upstream costs; exceptionally rapid growth in the electric car fleet; and a favourable assumption about the ability of the main resource owners to weather the storm of lower revenues.

One of the findings of this WEO-2017 “Low Oil Price Case” is that even a rapid growth in the electric car fleet is unlikely to have a substantial impact on oil consumption for passenger transport until the mid-2020s. Indeed, in the absence of a major switch in policy direction, there is likely to be continued robust growth in other sectors, including trucks, aviation, maritime transport and petrochemicals. This is a continuation of the strong demand growth we are seeing in our short term oil market analysis.