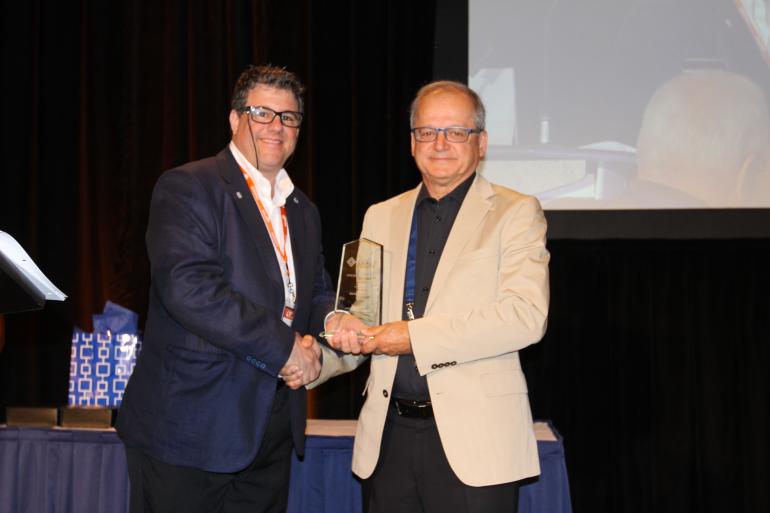 On September 7th, 2017, at the HRAI (Heating, Refrigeration and Air Conditioning Institute of Canada) annual conference held in Quebec City, our VP of Engineering and R&D, Michel Lecompte, received a prestigious award from the Institute.

Each year, the Institute presents an award to one of its members in recognition of their contribution to our industry and to highlight a very successful career. This year, after weighing in on the various candidacies, the honor was given to Michel Lecompte, who as we all know deserves it greatly!

Michel has had an exemplary career in reputable companies such as the Master Group, Blanchard-Ness, Powermatic and Dectron International. He is also the founder and was president of RefPlus from 1999 until 2008. In addition, one of his major highlights was his participation as a co-author of ASHRAE.