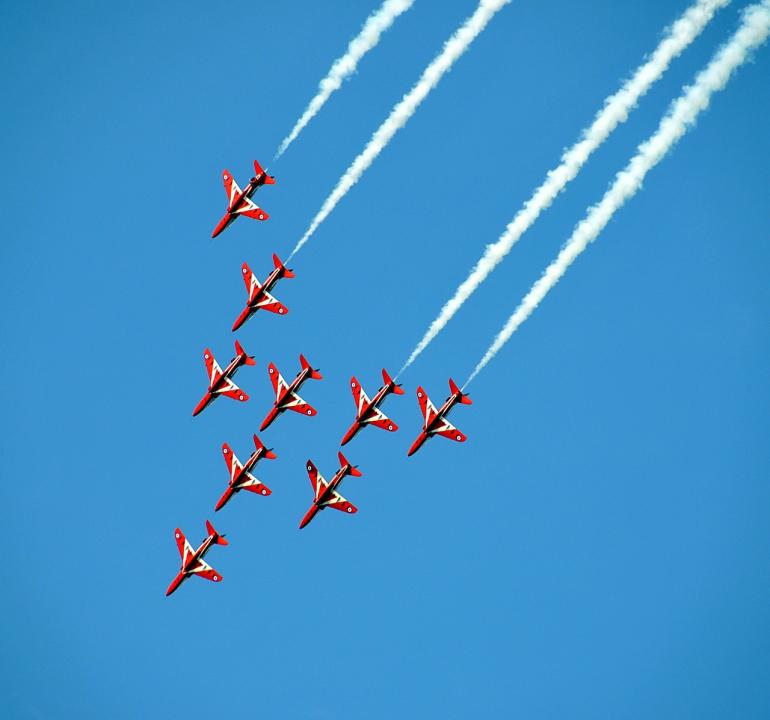 While at the show, United Technologies' Chairman and Chief Executive Officer, Gregory J. Hayes, shared his thoughts about four key trends influencing the future of aerospace. "Digital technologies, data intelligence, advanced manufacturing techniques and more electric technologies for aircraft systems and propulsion are redefining the aerospace industry," said Hayes. "We are witnessing an unprecedented level of innovation happening at a pace and scale that would have been unthinkable just a few years ago. The aerospace companies that will be most successful are those that can provide customers with smart, intelligent systems that optimize performance, enable predictability and reliability, and improve cost efficiency."

Enthusiasts who want to drill down into an aircraft's inner systems can participate in a UTC augmented reality experience. Participants are given specially-loaded iPads and encouraged to use the device as a viewer as they walk around 3D-printed aircraft models. Touching on a series of designated "hot spots" located on the aircraft will then transport the viewer into the inner workings of the plane's systems.  UTC designed the experience to emphasize the increasingly digitally-connected systems that are redefining the aerospace industry today.

New Contract Wins Reflect the Future of Aerospace
Pratt & Whitney and UTC Aerospace Systems announced a series of contract wins, R&D investments and service expansions prior to and at the show. The announcements reflect increased customer demand for products and services that leverage new technologies to improve operational performance and efficiency for their fleets. Below are a few highlights:

"Pratt & Whitney has invested in digital tools that help design, produce and maintain our full range of engines from general aviation, to the world's only fifth generation fighter jet engine and Geared Turbofan for commercial aviation," said Pratt & Whitney President, Robert F. Leduc. "Digital will be a key investment area for us going forward, as we continue the Pratt & Whitney heritage of redefining engine technology through innovations that deliver real customer value."

"Data will underpin and be the transformative force of advancements in intelligent aerospace," said Dave Gitlin, President of UTC Aerospace Systems. "From the application of analytics for proactive fleet monitoring and enhanced maintenance support to furthering the path of autonomous flight, actionable data is the way toward intelligent flight for our customers."