The Smardt Chiller Group was established to maximize the customer benefits of the Turbocor oil-free centrifugal compressor technology in chiller performance. Driving whole life costs of ownership way down, your Smardt chiller saves you money, year after long year, while reducing your carbon footprint and making a major contribution to the future of the planet. Working with the Turbocor technology longer than any other HVAC manufacturer in the world, the Smardt Chiller Group has developed a lead in performance and reliability which translates into major benefits for owners – and the environment.

Smardt (founded in Montreal, Canada in 2005 to focus on oil-free centrifugal chillers) and PowerPax (founded in Melbourne, Australia in 2000 as a specialist heat-exchanger group) , joined forces during 2005 to form the Smardt Chiller Group. After several years of rapid growth, an additional Smardt factory was opened in Plattsburgh, New York in 2010, and a sales and service operation opened in Singapore. In 2011, Smardt acquired the well-known OPK Klimatechnik business in Stuttgart, Germany – an outstanding European pioneer in oil-free centrifugal technology. In 2012, Smardt’s China manufacturing operations opened in Guangzhou, Guangdong. In 2015, Smardt partnered with the highly regarded Brazilian chiller manufacturer Transcalor, to sell and manufacture Smardt's chiller technology in Brazil. In 2016, Smardt entered into a partnership with Euroklimat (EK) - the largest European brand in China with 29 branches across the country – to develop, manufacture and sell Smardt chillers under the Smardt-EK brand. The heart of every Smardt chiller is its Turbocor oil-free centrifugal compressors, which integrate rugged magnetic bearings systems with variable-speed drive, high-efficiency centrifugal compression and on-board digital electronics to achieve a revolutionary leap, a quantum leap, in part-load energy efficiency.

A quantum leap in energy efficiency

The Smardt engineering team, many with long experience actually developing the original Turbocor compressor technology, came together to bring a definitive high-performance range of water-cooled, air-cooled and evaporative oil-free centrifugal chillers to the market. Each Smardt chiller saves its owners money – money in operating costs, money in maintenance costs, money because of high reliability and redundancy which practically removes mechanical risk altogether. 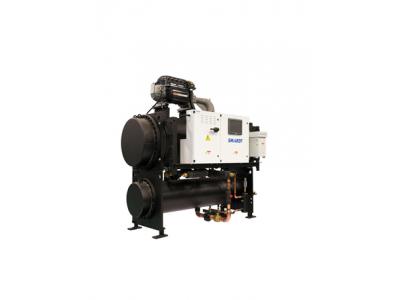 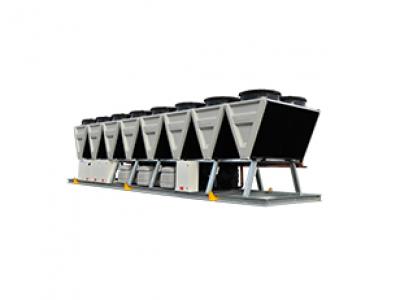 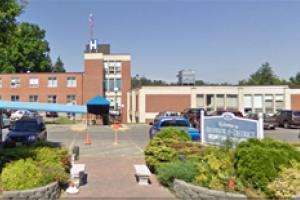 Achieving energy efficiency and cost saving chiller operations were of prime importance to Arnprior & District Memorial Hospital, and replacement of the existing 150 ton chiller with 3 SMARDT 80 ton modular units, met the new 240 ton requirement of cooling to handle future hospital expansion. Also, SMARDT maintenance and repair costs are 40% lower over the life of the chillers. 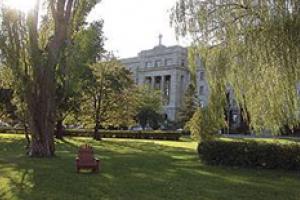 After detailed assessment of future cooling needs by hospital management, the greater energy savings achievable with the SMARDT range of chillers, as well as the additional benefits of lower maintenance costs, the ability to operate at low loads, reduced noise levels, and oil free operation, were all contributing factors that lead to the choice of a 170 ton SMARDT chiller as the replacement unit of choice at Louis-H-LaFontaine Hospital; and this customer has been very pleased with their equipment choice. 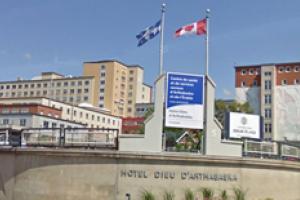 An aging and energy inefficient chiller using ozone unfriendly CFC 11 refrigerant, needed replacing at the “CSSS d’Arthabaska et de l’Érable” Social Services Health Center. Following a technical management assessment, the main goals were to ensure sufficient capacity for future needs, lower maintenance costs, and reaping the benefits of energy savings. A SMARDT 270 ton Water Cooled chiller was deemed to be the best fit, and since installation and operation in 2007, this customer has been very pleased with the significant energy cost savings that have been achieved with the new SMARDT chiller. 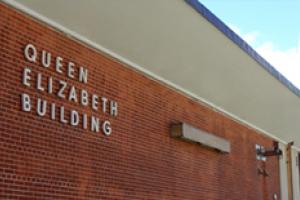 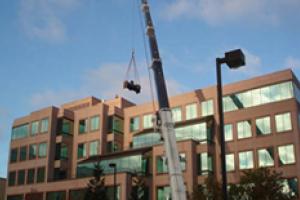 Installation of an energy efficient SMARDT chiller has brought impressive energy savings for this customer. The challenge was to ensure the customer got the right SMARDT product to meet and surpass expectations of energy savings in their building, and to get it installed on time and within budget. The new chiller installation has fully meet all of the customer’s needs and expectations, and anticipated energy savings have been readily surpassed. With the operation of the SMARDT chiller, noise levels have also been considerably reduced and a valuable contribution is being made to California’s energy reduction and green house gas emissions policy. 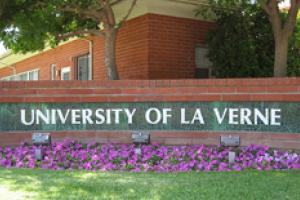 The chiller project at the University of Laverne, CA, was driven by utility rebates and lowest total cost of ownership for the university. Access and installation inside a tight space, plus energy efficiency and least maintenance were also key factors, and SMARDT was able to provide industry best energy efficiency in a low profile design. In addition, maintenance is greatly reduced because SMARDT chillers use no oil. 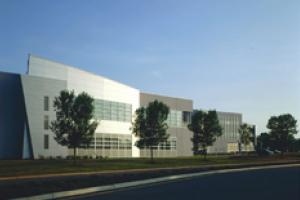 Prior reliability and maintenance issues resulted in NFL Films purchasing and installing two new latest generation technology and energy efficient SMARDT chillers. The oil free centrifugal compressor design boosts energy efficiency and reduces maintenance and operating costs, and since installing the SMARDT chillers, a 10-12% monthly reduction in the consumption of electricity has been realized. Said John Rauch, Operations Manager of Marubeni Sustainable Energy, the company that provides building operations services for the NFL Films complex: “With the SMARDT chillers and their Turbocor technology, we believe it’s the best investment we could have made.” 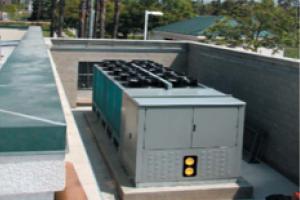 California’s law requires that stray animals in the care of the state must be housed indoors and must be provided with reliable air conditioning. Providing comfort cooling at the lowest possible cost was of the utmost importance, and installation of a SMARDT chiller was the natural choice for this application, with its industry best energy efficiencies, low sound levels, oil free designs, and lowest maintenance and total cost of ownership. 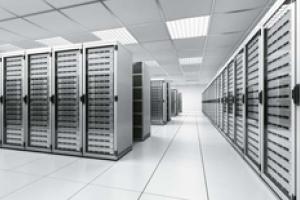 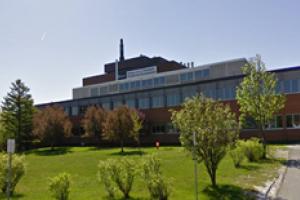 Ministry of the Environment, Toronto 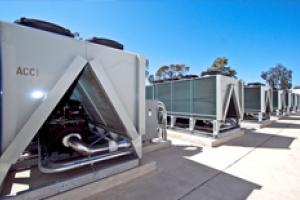 Replacement of previous older York air cooled chiller equipment with 8 new SMARDT air cooled energy efficient chillers, has already brought impressive monetary savings for this customer in a little over 6 months of operation. With a utility rebate of over $600K to date and projected future energy savings of over $1M per year, SMARDT continues to establish its reputation as the world’s leading energy efficient chiller manufacturer. 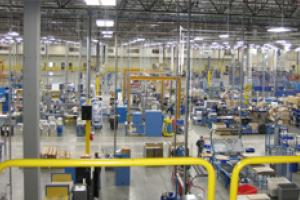 High end refrigeration equipment manufacturer Sub-Zero, chose SMARDT over McQuay for the installation of three new 540 ton water cooled chillers at its main manufacturing plant in Phoenix, Arizona. Industry leading efficiency, multiple compressor design, and packaged chiller optimization were the key factors in the selection of SMARDT. SMARDT was able to deliver chillers on a tight timeline and commission the project quickly.